It has been almost seven months since Russia started their war of aggression and attacked the Ukraine. For almost seven months Ukrainians have been fighting for their country and their independence in a free world. A lot has happened in these seven months. With the invasion, President Vladimir Putin wanted to restore the glory of the Russian empire.

However, neither the people of Russia nor their troops were prepared for a long period of sustained combat. Russian President Vladimir Putin underestimated the strength of the Ukrainians and overestimated the loyalty of his country. The arguments Putin scatters are as absurd as they are untrue but there is no independent media in Russia that is allowed to reliably report these events. The Ukrainians are declared to be “Nazis”, the enemy and the military operation is to “de-Nazify” the Ukraine. What happened is that the entire West – not immediately but with increasing unity – supported the efforts of the Ukrainians by sending armaments and declaring Russia to be a common international threat. Finland and Sweden applied to join NATO. Although the war makes it painfully clear that Europe is nowhere near as influential as it had been, one of the most important developments is that Ukraine shows itself united and more and more appeared as a democracy leaning to the West.

Many refugees sought and still seek protection in Europe. Especially the young people who are well connected, smart, and/or long for a normal life. Help comes in many forms. An invaluable role is played by the provision of accommodation as well as individual assistance. Like many others, Leopold Born – our deputy chairman – and his girlfriend took in two Ukrainian refugees.

Olha and Margo are in their mid-twenties, speak perfect English and are eager to work and study. We spoke with them and asked about their experiences in Germany and their feelings about being here. Olha and Margo did not know each other before they took the journey to Germany. Before seeking asylum in Frankfurt, they stayed in Hamburg and Gimbsheim for a couple of weeks. Today they live in a new apartment in Frankfurt.

Settling in in Germany is not as easy at the authorities try to make us believe. Setting up a bank account or signing a rental agreement requires a whole lot of documentation. Letters come by mail and must be filled out by hand. The documents are often in German and, therefore, without help most refugees are simply lost.

After successfully settling into an apartment, the actual search for a job started.
For the record, between July 2021 and July 2022, Germany had a shortage of more than half a million skilled workers across all occupations. Olha and Margo made the decision to come to Germany consciously. The attractions were; a developed social system, opportunities for further education and reliable administration. Or so it seems.

Ohla has a Bachelor of Law and a master’s degree in international economics which she graduated with honours in Kiev. In 2020 she did an Erasmus exchange year at the University Bamberg. She has work experience as an editor – editing and proofreading English texts – as well as a business development manager – taking over for promoting a pharmaceutical company entering the Ukrainian market. She describes herself as having a passion for marketing. With her experience in market research and data analysis she without a doubt falls into the category “highly qualified”.

Margo is a bit younger and has a bachelor’s degree in Linguistics. She is highly talented in languages. While she is fluent in Russian and English, she already speaks German on a B1 level. She participated in a training program and acquired the ability to code and to analyse datasets. She has working experience in the field of User Interface and User Experience Design. She wants to continue her studies at university – favourable in the Ukraine.

Today Olha and Margo work as interns in Darmstadt. Getting these jobs was not at all easy. One major hiring obstacle was the language barrier. Even in the field of marketing and economics when wanting to enter a job for many it was important to speak at least a little German. Furthermore, educational qualifications are not considered equivalent. In addition, application processes are lengthy and difficult to understand.

After only a few weeks in Germany, both of them realised that even with a reliable administration, everything takes time. You require knowledge of the processes required to produce relevant documentation and the order in which they are required and knowledge of the government departments dealing with the process. Between the arrival of Olha and Margo in Germany to the start in a profession six months have passed. Six months in which they applied for jobs, were turned down, had to find affordable housing, and settling into a culture they do not know. Olha and Margo had help from a sympathetic highly qualified couple who did not hesitate to help with the bureaucracy and took care of them. The reality is that Germany is a country that needs skilled workers to stay in the country but makes it almost impossible to settle in without help. 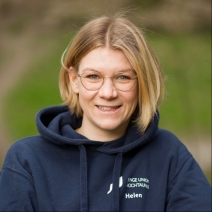